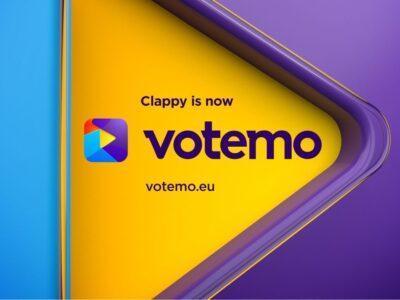 The digital services company Levira has invested €150,000 in the Estonian start-up Votemo, formerly known as Clappy. The money will be used for product development and entry into new markets, with the purpose of bringing interactivity to European TV channels.

Votemo’s goal is to provide the audience an opportunity to participate in the show and inﬂuence the debates and conversations. Voting and commenting solutions, sending questions and emotions to Live studio are just some of the services Votemo is planning to offer.

Commenting on the investment, Martti Kinkar, development manager for media services at Levira, said: “We believe that cooperation with Votemo will give Levira the opportunity to offer its customers innovative services and attract new customers. We will continue our joint exhibitions and joint offers this year”.

In Votemo TV channels see alternative way for earning extra revenue and keeping the audience’ attention at their content. 64% of the audience is browsing on a 2nd device while watching TV on a weekly basis. It’s likely the users get lost in social media. Votemo helps to reduce the probability of that.

Dagmar Mäe, co-founder and CEO of Votemo, added: “Direct TV is by nature unique. Every live show is a social event that connects the viewer to one mega network. Our goal is to give TV viewers the opportunity to speak and express their feelings”.

Kinkar continued: “Votemo is already cooperating with many media and telecom companies in Estonia and abroad and has won several awards during its ﬁrst year of operation. Now that the product is ready and tested, the next step is to win the hearts of major European TV stations and here Levira can help”.

Mäe pointed out that linear television loses viewers to streaming platforms and social media. “Over the past year, all major social media platforms have opened their own TV services. The audience wants to talk and share their moods with others. This habit has been encoded by the daily use of social media. Since television does not yet offer these possibilities directly, the television viewer tends to disappear into the exciting worlds of social media.”

Mäe added that TV programmes use different solutions to engage the audience, such as social media and blogging environments that are not really built for the needs of TV. The serious interest of TV in engaging the audience has given us the impetus to build a platform that takes into account the speciﬁcities of TV.

Votemo, previously Clappy, is Estonian startup and alumni of accellerator programs Elevator Startups, Telia Vunk Labs and Storytek Creative Hub. Votemo is a platform for Broadcasters to make programmes more engaging. In addition to voting and commenting, Votemo brings emotional icons from social media to TV for the audience to express their moods. Votemo can be used with all TV solutions, including web TV and TV applications. Votemo was founded in 2018 by Dagmar Mäe, Maarit Mäeveer and Tõnis Vassar.

Levira is one of the biggest independent TV playout centres in Northern Europe. Levira transmits programs to viewers in the Baltic States, Scandinavia and Europe as well as Turkey and United Arab Emirates. The majority of local TV programmes in Estonia are transmitted through Levira’s towers. Levira has two shareholders: the Republic of Estonia (51%) and the French telecom and broadcasting company TDF (49%).